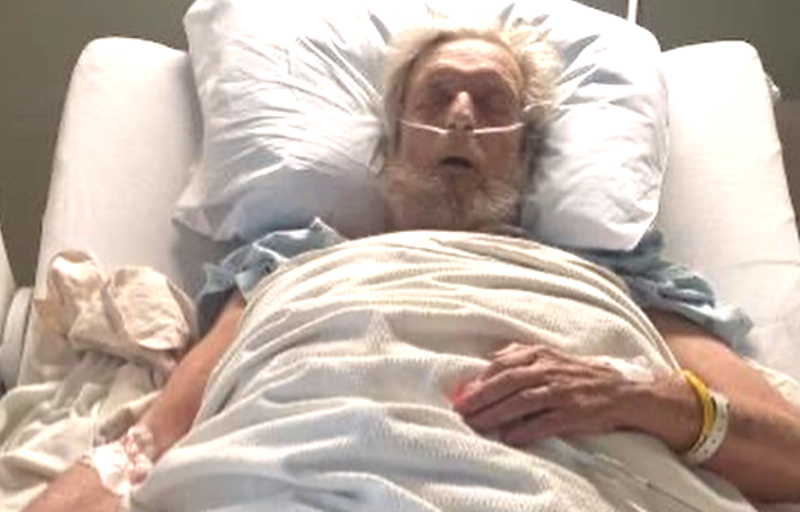 Story told by daughter, Amber, of her father, Richard.

My father, Richard Keith Marshall, is my hero. He served in the Vietnam War, raised me as his own since I was three, and loved and took care of his family selflessly. He took the vaccine because he wanted to be safe, so he could see his family and friends. His first vaccine was in January 2021 and second in February 2021. At seventy-six, he had previously had some heart issues but he lived a very active life and certainly was health for someone his age. He hadn’t had an issue with his heart in over ten years. Immediately following his first vaccination, his health declined slowly and maliciously. At first, it was fatigue. He would sleep way more than usual. He lost a lot of weight. He didn’t have the pep in his step he usually did. I watched the life drain from his skin colour and his eyes but we never expected to lose him so suddenly.

On August 2nd 2021, he passed away at 555pm. His death certificate stated it was due to “acute cardiorespiratory arrest.” No one at the hospital would ever admit or even discuss what we knew to be true.

I spent more time with my dad than anyone else in my life and I can very clearly go back to the photos of him at the start of 2021 before he got the vaccine and the colour he had and the photos of him the last time we hugged and saw each other to when he was grey, sickly, and frail.

I sat with him on his deathbed, watching him in excruciating pain, and knowing there was nothing I could do but repeatedly tell him that it was okay. That he can let go. That we would all be okay and take care of one another. In the thirty minutes my brother, his wife, and I left to go home and shower, he took his last breath with my nephew holding his hand.

He didn’t want us to see that last moment, and I find such sadness and solace in his bravery. I will never ne the same now that he’s gone. My entire heart has been cracked wide open.

His twenty-year anniversary was on December 29th 2021 to the love of his life, Laura.

Two weeks after he passed, my brother suddenly died of a heart attack as well. He was fifty-one years young.

Almost four months after my dad passed away, his brother/my uncle, died of a broken heart.

Thank you for the space to share what is often just too heavy to say out loud. To be alive right now, with every day this forced agenda shoved in my face, the same agenda that took my dad from me, cannot be described. It can only be felt.

This is a real life government orchestrated purge. May we all have the discernment to see it for what it is and with everything we have, protect ourselves, our loved ones, and anyone who is willing to accept this disgusting truth.