Canadian self-help author and lecturer Bob Proctor has died at the age of 87, business partner Sandy Gallagher announced today via the Proctor Gallagher Institute’s Facebook page. His death has come as a shock – many found his teachings invaluable – and has been met with tributes and words of consolation on social media.

Sandy Gallagher, who ran the Proctor Gallagher Institute with Bob until his death, announced today in a heartfelt tribute that Bob Proctor had died.

“Bob”, she writes, “has passed away and transitioned to the next phase of his eternal journey.” She does not mention what his cause of death might be.

“I have an immense amount of gratitude for Bob”, she continues. “Please join me in sending love and light to Bob and his family.”

Read Sandy Gallagher’s announcement in its entirety below.

He lectured into old age

He published his New York Times bestselling book You Were Born Rich in 1984. Prior to its publication, he said during a lecture at an entrepreneurs bootcamp in 2007, publishers had simply returned it, saying, “this book is absurd”.

As a child, he dropped out from Danforth Tech after injuring his thumb while using a bandsaw. At the age of 26, Bob Proctor discovered the book Think And Grow Rich. He was working at a fire department in Toronto at the time.

The book set him on a different path. He shifted his focus. He took on a cleaning job to pay off his debt and, soon afterwards, started a company offering cleaning services.

His short biography on the Proctor Gallagher Institute website describes his journey as going from “down and out” to “changing the world”.

Following news of his death, fans – including collaborator and fellow author Joe Vitale – have been expressing their sadness and offering their condolences to Bob’s family. 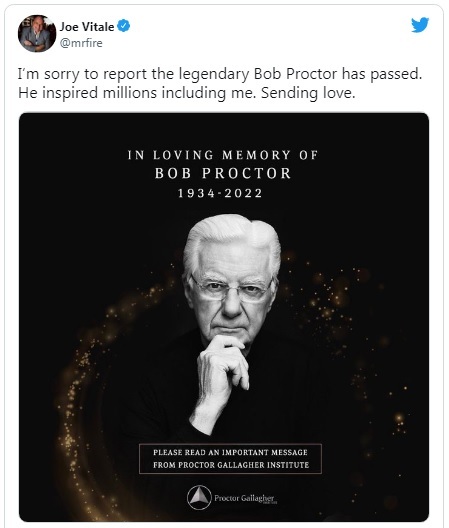 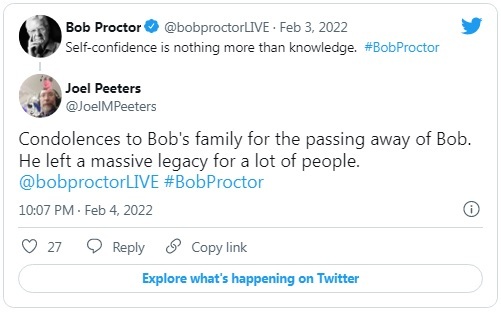 Several people say he changed their lives, and that his legacy will continue for years to come. 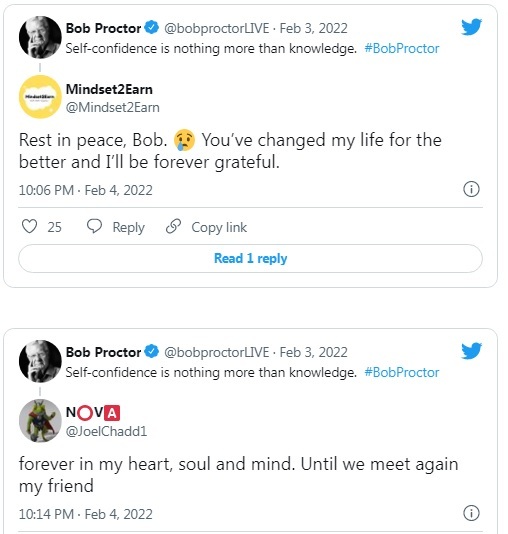 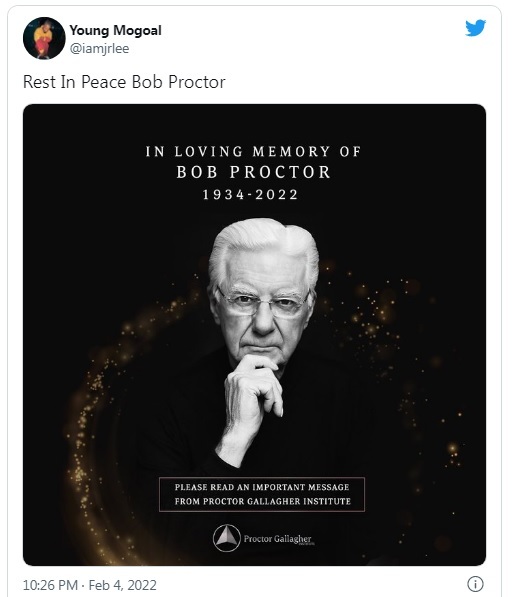 PrevPreviousDAOVentures’ Victor Lee on Why He’s Bullish on Avalanche and What He Expects From Ethereum 2.0
NextIsrael’s Chevrei Kadisha: “We’re on Verge of Collapse & Haven’t Reached Peak of Deaths”Next