By The Stew Peters Show

Alanah Newman, mother of three, co-founder of the Health Freedom Summit, and a fierce fighter against the oppressive and unjust mandates, joined the Stew Peters Show on Friday to discuss the rising infertility rate, the mRNA shot, and her focus to break through the mass formation that plagues our society.

Newman shared how at the Health Freedom Summit they’ve had “Dr. Malone talk about infertility and how the mRNA shots are causing irregular bleeding for women.”
“Women who were menopausal are now getting their cycles back, women who are young and fertile are not getting their cycle, or are they’re bleeding for weeks and weeks which we know is not okay,” Newman continued.

Newman said that the Health Freedom Summit is dedicated to exploring these side effects of the clot shots, exposing the dangers of the injections while providing information on informed consent, mask manipulation, and vaccine injury recovery.

“With Health Freedom Summit, we invite experts, PhDs, people who are on the frontlines really fighting; they’re experts in their field,” Newman told Stew Peters. “There’s also a role for everyday people, everyday heroes who maybe aren’t getting the publicity.”

“This is part of a mass-genocide – and I’m not trying to be hyperbolic there – but this is absolutely, 100% planned because if it wasn’t, there would be a benchmark, there would be a ‘wow, hold on, full-stop,” Stew Peters told Newman. “We need to stop this’ because this is hurting people, this is creating these spontaneous, unwanted abortions.”

While Americans continue to face these unconstitutional mandates, Alanah Newman and the experts the Health Freedom Summit recruits are fighting to keep informing the masses, shining a light through the lies of the plandemic, assuring people across the country with truthful information. 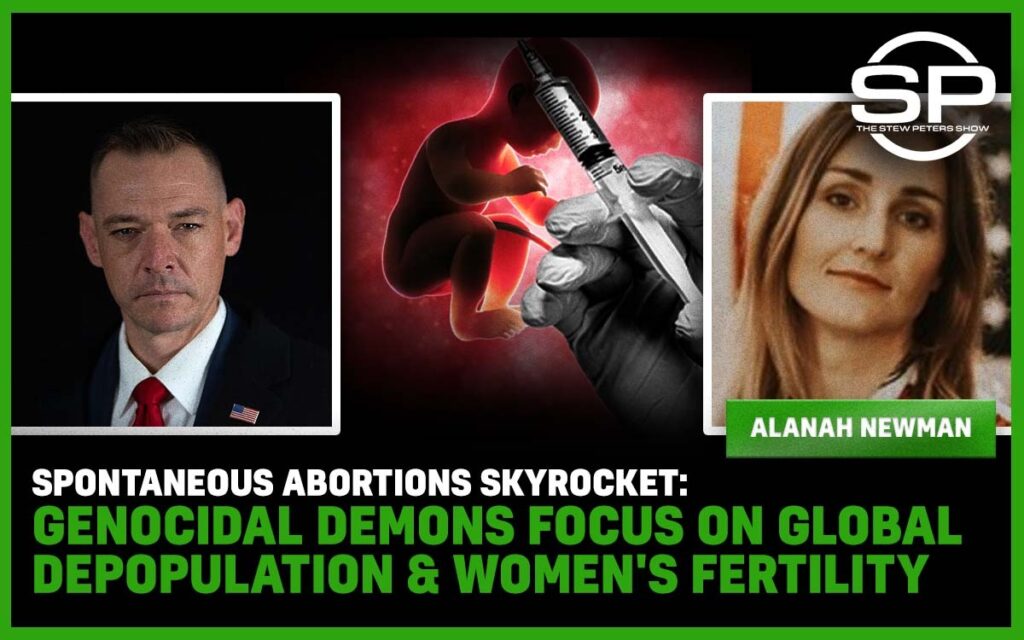