We’ve all heard about it. The Australian Health Practitioner Regulation Agency (AHPRA) is engaged in an aggressive witch hunt against any Australian Health professional who deviates even slightly from the State-imposed Covid narrative.

This narrative, with its dogmatic conviction that an apocalyptic catastrophe will befall us if we do not adhere to a brutal regime of lockdowns, mask-wearing, neighbour-dobbing-in, and compulsory vaccination, has kept Australia hypnotised for two long years.

So powerful was the hypnosis that it took high petrol prices and the threat of World War III to finally break it.

Who, or what, is AHPRA? Dr Jereth Kok was interviewed this week on the Caldron Pool show, and he explained that it is a “monstrous bureaucracy” in Canberra that rules over all Australian health professionals: doctors, dentists, nurses, physiotherapists, paramedics, osteopaths, pharmacists.

Dr Kok himself has been suspended for three years, pending trial, because he dared to defend the simple but now politically incorrect biological fact that, to quote Kindergarten Cop, “boys have a penis and girls have a vagina”.

While the Australian public might have assumed that the role of AHPRA was to protect us from sexual predators and reckless butchers like Jayant Patel, we now know how far from the truth this is.

Instead, AHPRA has become a Stasi-like enforcement arm of the Australian Government. It has devoted itself to purging every health practitioner in the country who dares to take a stance that is at odds with the decrees of the Covid bureaucracy.

Some examples are well known. Much adored Melbourne GP, Dr Mark Hobart, was purged by AHPRA in late 2021 for issuing exemptions to patients who were experiencing mental distress as a result of Victoria’s tyrannical mandatory vaccination regime. A few weeks later he was joined in forced exile by Dr Denes Borsos, who having lived through Eastern European Communism, has now been given a taste of Australian Communism.

Caldron Pool has been informed by people inside the “dissident” medical community that at least 20 doctors nationwide have had their licences summarily cancelled simply for writing vaccine exemptions and many more have either been “investigated”, or are still being “investigated”.

Dr Hobart told Gideon Rozner of the Institute of Public Affairs that he is aware of around 20 suspended doctors in Victoria alone. The exact number is unknown because of the extreme secrecy that surrounds AHPRA’s machinations.

Many doctors were dutifully dobbed in by other doctors, employers, and zealous members of the public. One doctor, now suspended, was even turned into the authorities by a hospitality venue that had been presented with a vaccine exemption by a would-be patron. 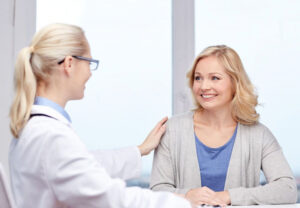 PrevPreviousNew Study: Not One Healthy Child (5–11) Has Died From C0VID in Germany
NextCoroner Nicola Mundy Confirmed to the BBC That 34-Year-Old Kim Lockwood’s March 2021 Death Was Indeed Caused by a “Sudden and Catastrophic” Brain Bleed Brought On by the experimental AstraZeneca C0VID-19 vaxxineNext