This is a video lecture by Jack Otto of Forbidden Knowledge in 2007 and is very relevant for today. Jack gives his understanding on the hidden history of the Khazarian empire, the Illuminati, the banking cartel and their links to the New World Order. 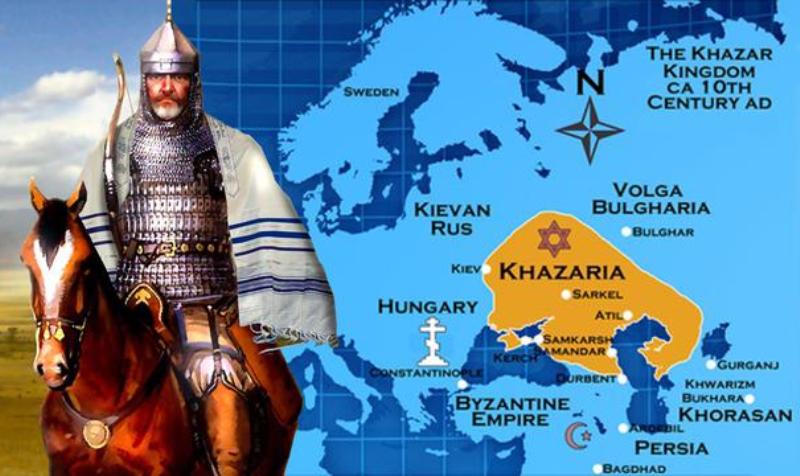 theopalfactory59
They went to Spain Italy and Portugal because at that time the Northern European regions were very cold and undeveloped. Although the Khazars been educated and hired by the Orthodox Byzantines to fight against the very large numbers of far eastern Seljuks-Turks and Mongols, the Byzantines Emperors had never allowed the Khazarian

theopalfactory59
THE ASHKENAZI JEWS ARE BUILDING A NEW CITY IN KAZAKSTAN CALLED ASATANIA.

theopalfactory59
A GREAT MAN LIKE JACK IS WHAT JEWS AFRAID OF..
INSTEAD THEY NEED PEDOPHILES AND HOMOSEXUALS WHO’S BUSY CHASING KIDS AND ASSESS AND LEAVE THE GREEDY JEWS ALONE TO RULE THE REST OF THEIR HYPNOTISED SLAVES.

theopalfactory59
Great Hitler fought against Evil and he’ll be remembered as another Alexander the Great with great respect despite the Anglo Jew sleazy propaganda and the Hollywood Jew crap that has already done to the grass eating Morons.
GERMANIA FOR EVER
6,000,000 fibs
1 x 9/11
1 x NWO
1 x Man on the Moon
1 x Pearl Harbour
1x Covid-19 + Delta + Omicron + my 9.5 inch Roger for a rabi to bless.

8Batya
For more information to support what he is presenting, read the book “The Thirteenth Tribe” by Arthur Koestlerhttp://www.fantompowa.info/koestlerindex.htm (the link is for a free pdf, which I have never used, I purchased the book)

Steaksnacmac
Anyone know where to find a copy of the Rothschild family tree? Asking for a friend…

ldolan
Interesting story, but all over the place and not one lick of evidence.

Jewish Jack
Obsession will lead you to kill yourself. You have a mental illness.

-Simon_says
This guy is pretty smart. He didn’t realize though that Ron paul has always been the perfect Zionist shill and the controlled opposition giving us false hope

CrowLife
I don’t believe this story. I’ve seen multitudes of jews that have all the J2 (arab) genetic features, pressing the virulent agenda we’re looking at today. Kazars may be one group that was put to work for them, but they are not the original creature.

PrevPreviousA Free Pfizer Smile With Every Jab. Get Boosted Now so You To Can Be Like Justin Bieber
NextUSA Jab Injury – Natalie, From USANext