Though Russian players are currently allowed to perform on the WTA and ATP women’s and men’s tours under natural status, Wimbledon organizers the All England Lawn Tennis Club (AELTC) recently announced that the likes of Daniil Medvedev and Andrey Rublev will not be able to compete at SW19 this summer as a response to ongoing military operation in Ukraine.

Ahead of his return to the tennis courts at the Madrid Masters following a rib stress fracture, however, Nadal has dubbed the action “very unfair” on his “Russian mates” and colleagues.

“It’s not their fault what’s happening in this moment,” Nadal stressed to reporters.

Furthermore, Nadal also doesn’t agree with the possible removal of ranking points, which could affect Medvedev’s quest to reclaim the world number one spot from Djokovic. 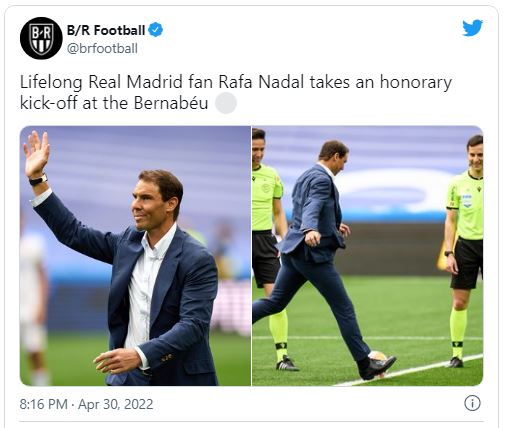 “The 2,000 points, whenever we go to the grand slams, they are really important and we have to go to those tournaments. So we will have to see the measures that we take,” Nadal said.

Elsewhere in the Spanish capital, while watching favorite team Real Madrid seal a 35th La Liga title against Espanyol on Saturday where he was the honorary guest, Nadal also vowed he is on track to play at his most successful tournament, the French Open, later this month.

The Spaniard began 2022 in excellent shape with his triumph at the Australian Open over Medvedev in the final but was ruled out in March after suffering a stress fracture in one of his ribs and experiencing breathing difficulties when falling to Taylor Fritz at the last hurdle at Indian Wells.

Already back in training, however, and about to compete in the Masters, Nadal highlighted that he has “three weeks” until Roland Garros on May 22 where he is the record 13-time champion of the crown currently owned by Djokovic.

“So I trust that the daily training will help me to get ready,” Nadal continued. “Here the demand [in high altitude in Madrid] is maximum, but what can be done is going to be done.”

“The most important thing is to be healthy, but I think that going to Paris I’m on time. Three weeks are enough to get competitive,” Nadal claimed.

Over the last couple of months, Nadal admitted to training “very little” as his rib has been “very disabling and also very painful”.

“I had two very bad weeks and afterwards it has been very, very disabling. I haven’t been able to do practically anything, but it’s here, at home, in Madrid,” he said regarding the Masters, which is already underway.

For the French Open, though, Nadal isn’t the only one facing a race against time to try and become the ‘King of Clay’.

While Medvedev is currently sidelined too and returned to training earlier this week, the Russian is eying the Libema Open on June 4 at the start of the grass season despite being set to miss its main draw in Wimbledon due to the ban.

The French Open will have no such prohibitions in place, with Russians allowed to perform under neutral status. But the world number two had already expected to be out for up to two months after deciding to undergo surgery to treat a small hernia.

As for Djokovic, his progress this year has also been stunted since a visa and vaccine scandal saw him deported from Australia and unable to defend his Australian Open crown which Nadal eventually took to surpass him in all-time grand slam wins on 21.

Covid protocol has been lifted in France meaning that Djokovic can try and reclaim the competition despite being unvaccinated, but a difficult second comeback that recently saw him soundly beaten at the Serbia Open by Andrey Rublev in the final suggested that ‘Nole’ is still off pace.

In a recent press conference, however, Djokovic stated that Roland Garros “is the ultimate goal in the clay court season”. 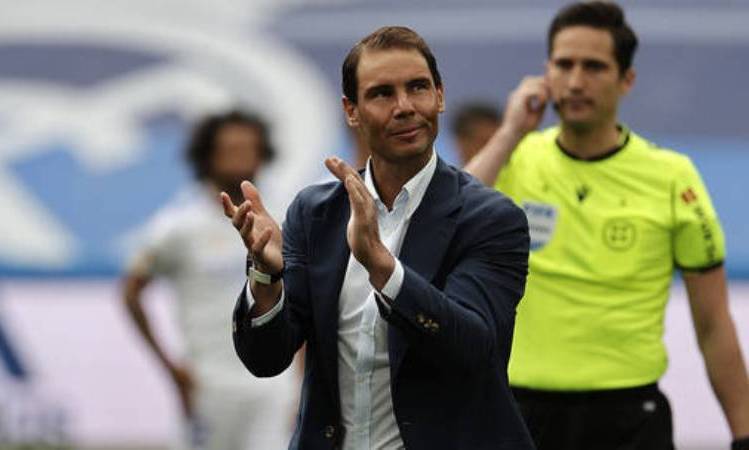 PrevPreviousTwo Candidates for Office That Deserve Your Support Today
NextSharp Increases in All-Cause Mortality in Q3 and Q4 of 2021 in Cyprus!Next