New Zealand has unveiled a plan to tax sheep and cattle burps in a bid to tackle one of the country’s biggest sources of greenhouse gases.

It would make it the first nation to charge farmers for the methane emissions from the animals they keep.

New Zealand is home to just over five million people, along with around 10 million cattle and 26 million sheep.

However, agricultural emissions have previously not been included in New Zealand’s emissions trading scheme, which has been criticised by those calling for the government to do more to stop global warming.

“There is no question that we need to cut the amount of methane we are putting into the atmosphere, and an effective emissions pricing system for agriculture will play a key part in how we achieve that,” New Zealand’s climate change minister James Shaw said.

Under the proposal farmers will have to pay for their gas emissions from 2025.

The plan also includes incentives for farmers who reduce emissions through feed additives, while planting trees on farms could be used to offset emissions.

Andrew Hoggard – who is a dairy farmer and the national president of Federated Farmers of New Zealand – told the BBC that he broadly approved of the proposals.

“We’ve been working with the government and other organisations on this for years to get an approach that won’t shut down farming in New Zealand, so we’ve signed off on a lot of stuff we’re happy with.”

“But you know, like all of these types of agreements with many parties involved, there’s always going to be a couple of dead rats you have to swallow,” he added.

Mr Hoggard also highlighted that the fine details of the plan’s rollout have not yet been agreed.

“There are still the nuts and bolts to be hammered out, like who actually implements the scheme, so there’s still stuff to work through with the government.”

The money raised from the scheme will be invested in research, development and advisory services for farmers, the country’s environment ministry said.

Meanwhile on Thursday, investors managing $14tn of assets urged the United Nations to create a global plan to make the agriculture sector sustainable.

In a letter to the UN’s Food and Agriculture Organisation’s director-general – which was first reported by the Reuters news agency – the FAIRR Initiative said the agency was best-placed to take the lead on creating a road-map to curb one of the biggest sources of climate damaging emissions.

Methane is the second most common greenhouse gas after carbon dioxide (CO2).

It is one of the most potent and responsible for a third of current warming from human activities. Individual methane molecules have a more powerful warming effect on the atmosphere than single CO2 molecules.

At last year’s COP26 environmental conference in Glasgow the US and the EU agreed to cut emissions of the gas by 30% by 2030. More than 100 countries, including New Zealand, have also signed up to the initiative.

How is methane emitted?

Around 40% of CH4 comes from natural sources such as wetlands but the bigger share now comes from a range of human activities, ranging from agriculture, such as cattle and rice production, to rubbish dumps. 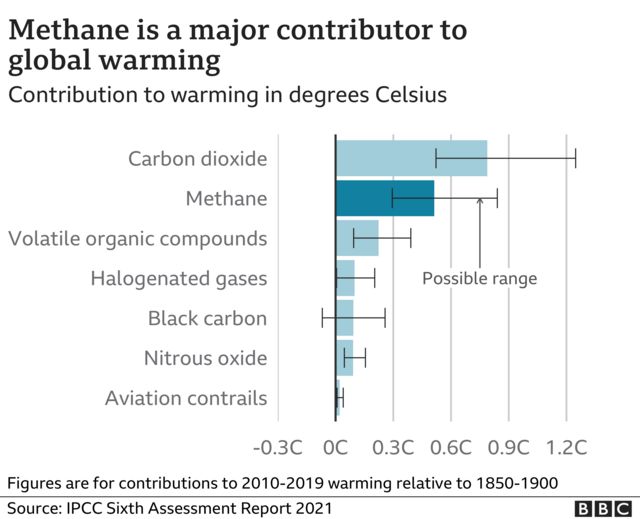 One of the biggest sources is from the production, transport and use of natural gas and since 2008 there has been a big spike in methane emissions, which researchers believe is linked to the boom in fracking for gas in parts of the US.

In 2019, methane in the atmosphere reached record levels, around two-and-a-half times above what they were in the pre-industrial era.

What worries scientists is that methane has real muscle when it comes to heating the planet. Over a 100-year period it is 28-34 times as warming as CO2.

Over a 20-year period it is around 84 times as powerful per unit of mass as carbon dioxide.

However, there is much more CO2 than methane in the atmosphere and individual molecules of it can remain there for hundreds of years. 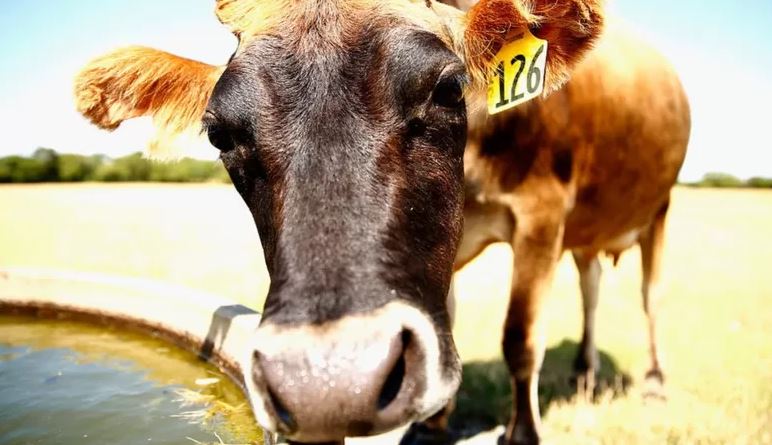