Oklahoma is one of several states to introduce legislation to protect the integrity of women’s sports, following Idaho, which was the first to sign it into law.

Oklahoma Gov. Kevin Stitt signed a bill Wednesday banning males from participating in women’s sports. The rule applies even to biological males who identify as women.

Referring to the legislation as “common sense,” Stitt told a crowd of female students and athletes supporting the bill, pointing out the obvious physiological advantages of biological males over women, and thanked state legislators for putting their work into defending girls and women in sports.

“What we are trying to accomplish here is very very simple,” he added. “We are protecting women’s sports. We are ensuring a level playing field for female athletes who work hard, who train hard, who are committed to their team. Who have dreams to be number one in their sport. Who deserve a fair competition.”

The state’s “Save Women’s Sports Act” comes weeks after Lia Thomas, a biological male who identifies as a woman, beat the competition at the NCAA Women’s Championships. Thomas’ victory sparked outrage, especially among female athletes and Olympians, who are speaking up against the inclusion of transgender individuals in women’s sports.

The NCAA has thus far remained silent on the protest, refusing to comment to the media about whether it plans to keep its pro-transgender stance moving forward.

“It’s a good day for girls in Oklahoma,” Family Policy Alliance spokeswoman Meridian Baldacci said in a statement, the Daily Wire reported. “Female athletes should grow up with a level playing field, in life and in sports.”

“As we have seen in recent weeks, when males are allowed to compete in female sports competitions, they can and do take championship titles and other elite opportunities that were meant for girls,” she added. “But in Oklahoma, girls can know that they have a level playing field, and a fair shot at the opportunities meant just for them.”

Oklahoma is one of several states to introduce legislation to protect the integrity of women’s sports, following Idaho, which was the first to sign it into law. Arkansas, Mississippi, Montana, Alabama, Tennessee, South Dakota, West Virginia, Texas, Florida, Iowa and Utah are also pushing through laws to protect female athletes.

According to the ACLU, at least 29 states have made moves to draft legislation banning biological males from participating in women’s sports.

Further efforts are being made in Republican-run states to ban minors from undergoing sex replacement surgery and “gender-affirming medical care,” which is doublespeak for getting a mastectomy or hysterectomy, or even sex nullification, which is given the cutesy term of “smoothie.” 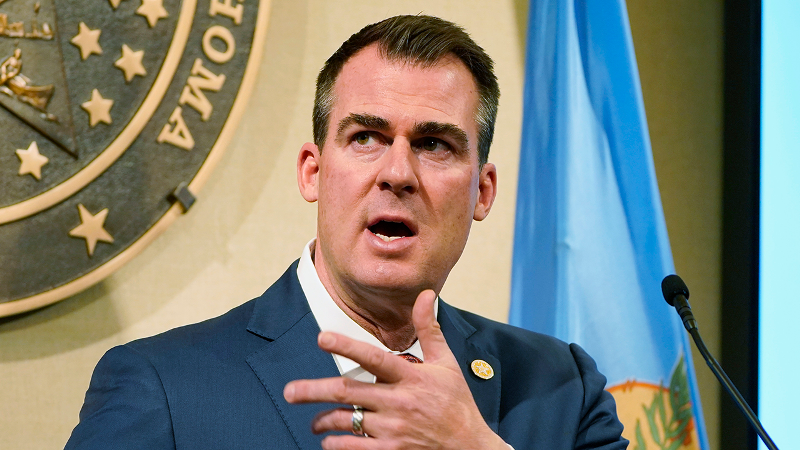 PrevPreviousHunter Biden Texted Hallie That China Arrested CIA Informants in ‘Retaliation’ for the U.S. Arresting ‘My Client the Chief of Intelligence of the People’s Republic of China’
NextBill Scott: 53-Years-Old, Syracuse Teachers Union President Died in Another Near-Term Experimental Shot of Pfizer BioNtechNext