Situation Update, Feb 8th, 2022 – The Alien Agenda To Exterminate Humanity Was Disclosed in 1995

Situation Update, Feb 8th, 2022 – The Alien Agenda To Exterminate Humanity Was Disclosed in 1995

Former government geological expert and deep underground military base engineer Phil Schneider was murdered (executed) after going public in 1995 with shocking details of what he knew.

According to Schneider, a vast network of 133 underground military bases had already been constructed by 1995, and they were connected by levitation trains that traveled through underground tunnel systems that spanned the entire continental United States, traveling at speeds up to Mach 2. 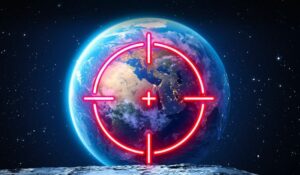 5thgenerationidaho
Have you noticed how back in the past the cells were put way way up high in towers and even piggybacking other types of communication equipment towers, and then more big high towers were built that just had cells, and centrally located usually way up on hills. Are you with me? And now you drive around and the towers are way down low and built right next to and even inside of residential neighborhoods, and all those big high towers are becoming more empty (or they just leave the old high up cells on the towers as decoys?)?? Hmmm…. And don’t give me that excuse of, ” oh, you know technology is just getting soo advanced, the cells don’t need to be very far away and way way up in high towers any more”. No. I don’t buy that excuse. No, there’s something else going on under our noses. At least that’s what I’ve noticed….

Anil
The so called leaders of the world were hand picked at an early age and then educated, and trained for the job/position that they are currently holding. Regular earthlings that include the police and the non commissioned military do not know that they are being directed by by “leaders” that are commanded by a hostile non terrestrial species. Already there have been people replaced by realistic looking AI droids. Look at their eyes when on TV or Video. There is no distinguishing cornea / retina. The center of the eye is dark or black.

disqus_FqOpCr8S7O
The woman showed here could also be 1) a mental case, 2) a screwed-up non-native speaker of English, 3) a very poor but still aspiring crisis actor, or 4) all of the above. No evidence that she is any kind of alien except maybe an illegal one.

Jason Cruz
The broad needs an exorcism like YESTERDAY. Wait till the dead start walking the Earth.

Texas Arwen
That illegal alien monster has seen The Exorcist too many times.

Texas Arwen
So the ALIENS are working with the satanic pedophile (mostly Democrat) monsters to pay the hospitals to kill people, and to pay the schools to force children to wear detrimental masks.
How is this going to work with our new culture of abundance? I couldn’t find out because the video I was watching wouldn’t play long enough to hear what Mike had to say.

eyeseee
I see Joe Rogan is an ignorant pr!ck, he disregards any normal person could see a UFO and calls them kooks, and only believes it if it’s a high up person with fame or fortune, what a tosser, his mind is closed, so he will never get to see one, I do not know why he even puts a eye on his forehead picture because his third eye is shut. I find it suspicious because how can someone like him get famous people to go onto his show, to me he is a paid pied piper PSYOP. I do not like him.