During the special military operation, classified documents (https://function.mil.ru/files/morf/dokumentynua.pdf) of the command of the National Guard of Ukraine ended up in the hands of the Russian servicemen. These documents signed by Colonel-General Nikolai Balan, dated January 22, confirm the covert preparation by the Kiev regime of an offensive operation in the Donbass in March 2022.

The document is addressed to the heads of the northern Kiev, southern Odessa and western territorial departments of the National Guard of Ukraine. It outlines the plan for preparing one of the specialised groups for offensive operations in the so-called “Joint Forces Operation” zone in Donbass.

The document approves the organizational structure of the ‘batallion/tactical group’ of the 4th Operational Brigade of the National Guard, as well as its support and reassignment to the 80th Air Assault Brigade of Ukraine.

(Note: Since 2016, this formation of the Air Assault troops of Ukraine has been trained by American and British instructors under the “NATO standard” training programs in Lvov.)

In accordance with the order the Deputy Commander of the National Guard was tasked with organizing joint combat training of the said ‘batallion/tactical group’ from February 7 to February 28, 2022.

Much of the document is devoted to the issues of a careful selection of personnel, psychological examination and ensuring their high motivation.
Including provisions of “visual agitation, information and propaganda materials, flags, and printing products.”

The 12th paragraph of the order prohibits sending National Guard servicemen who showed “unsatisfactory” results of psychological testing according to the criterion of “risk appetite”.

All joint combat training were to be completed by February 28 in order to ensure the fulfilment of combat missions as part of the Ukrainian “Joint Forces Operation” in Donbass.

The document contains the original signatures of the officials of the command of the National Guard of Ukraine responsible for the tasks. 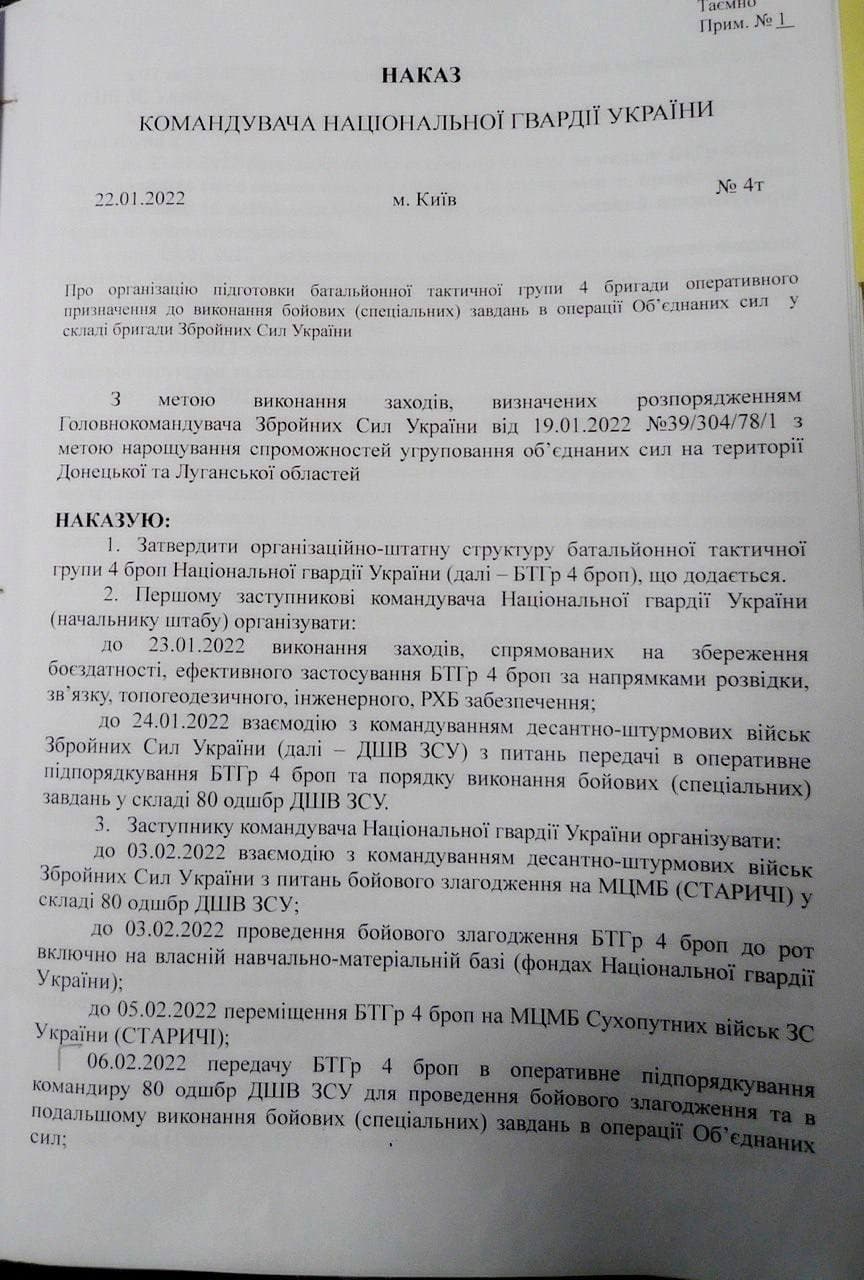 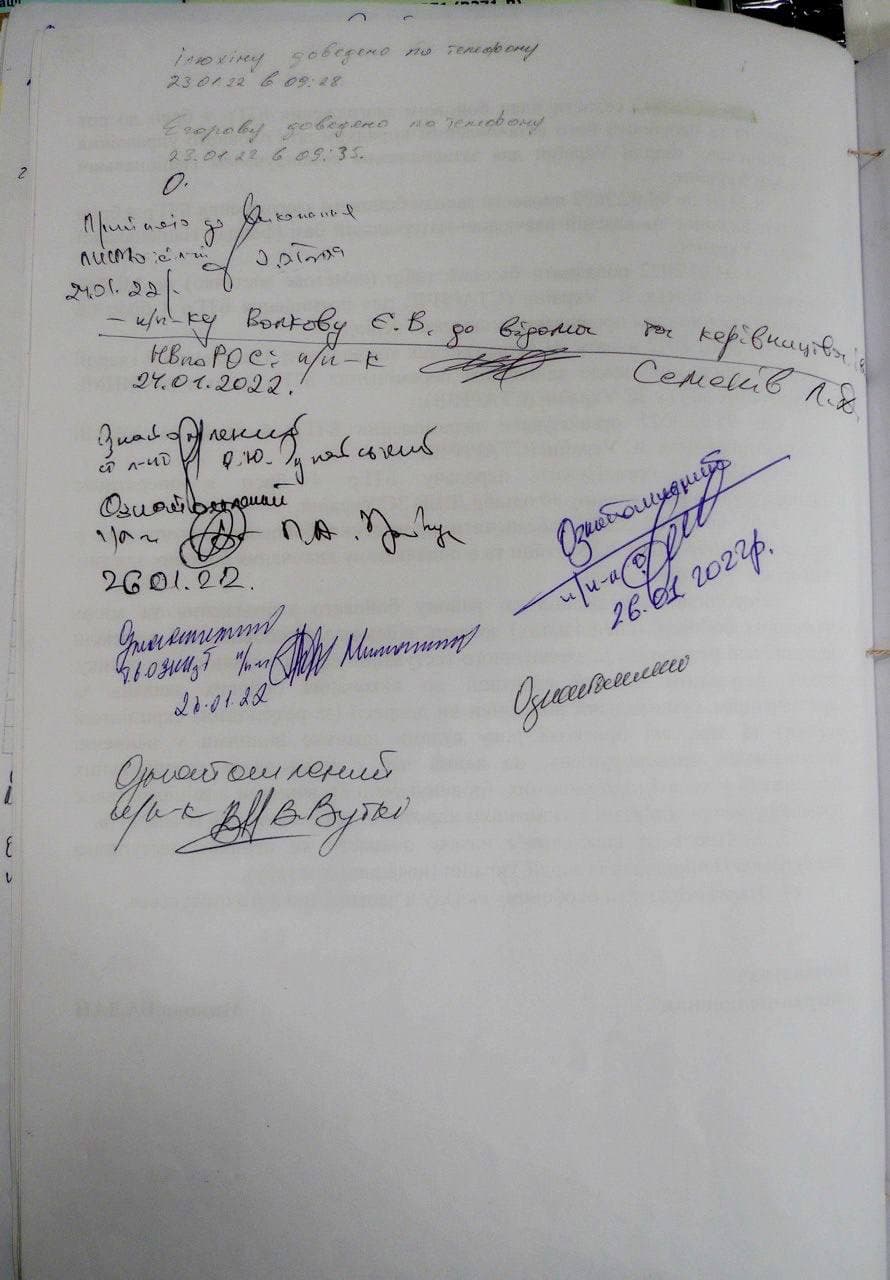 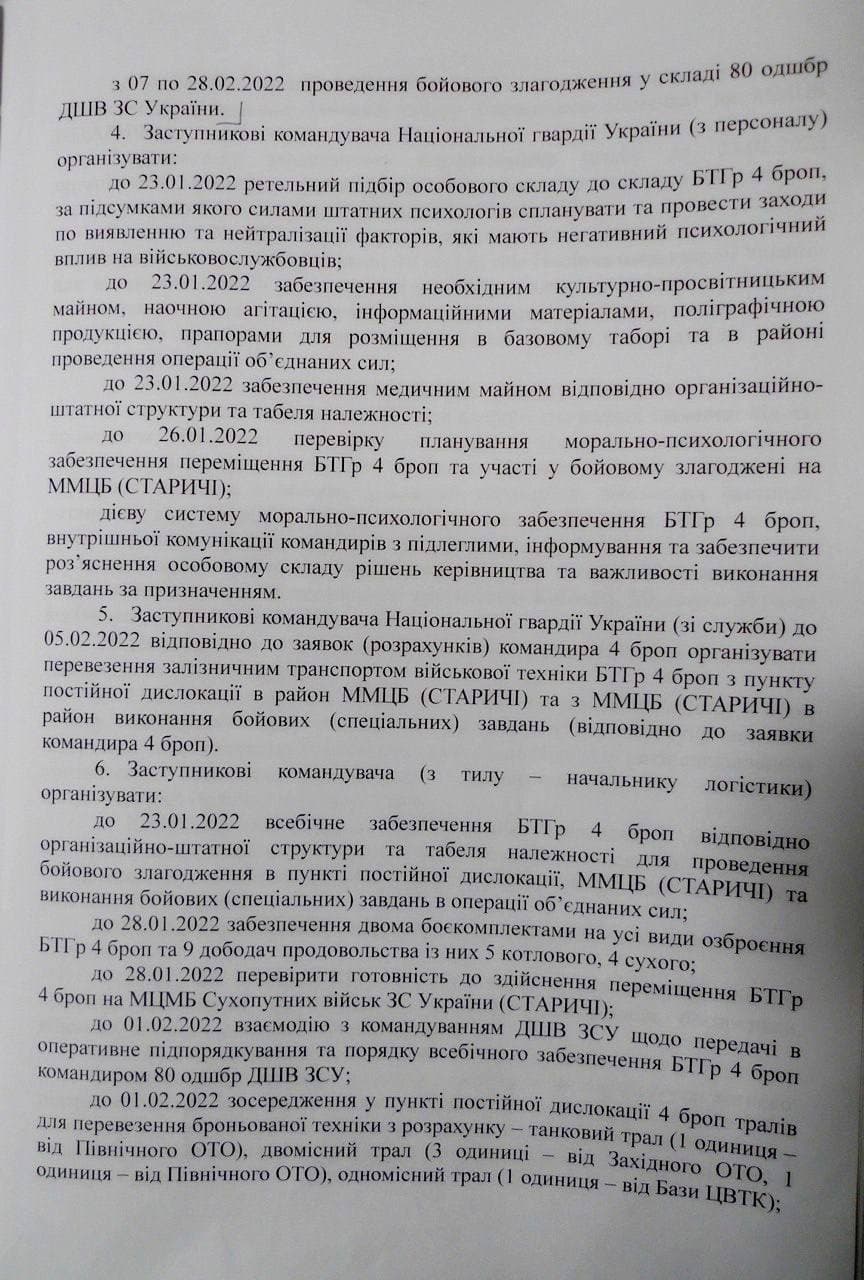 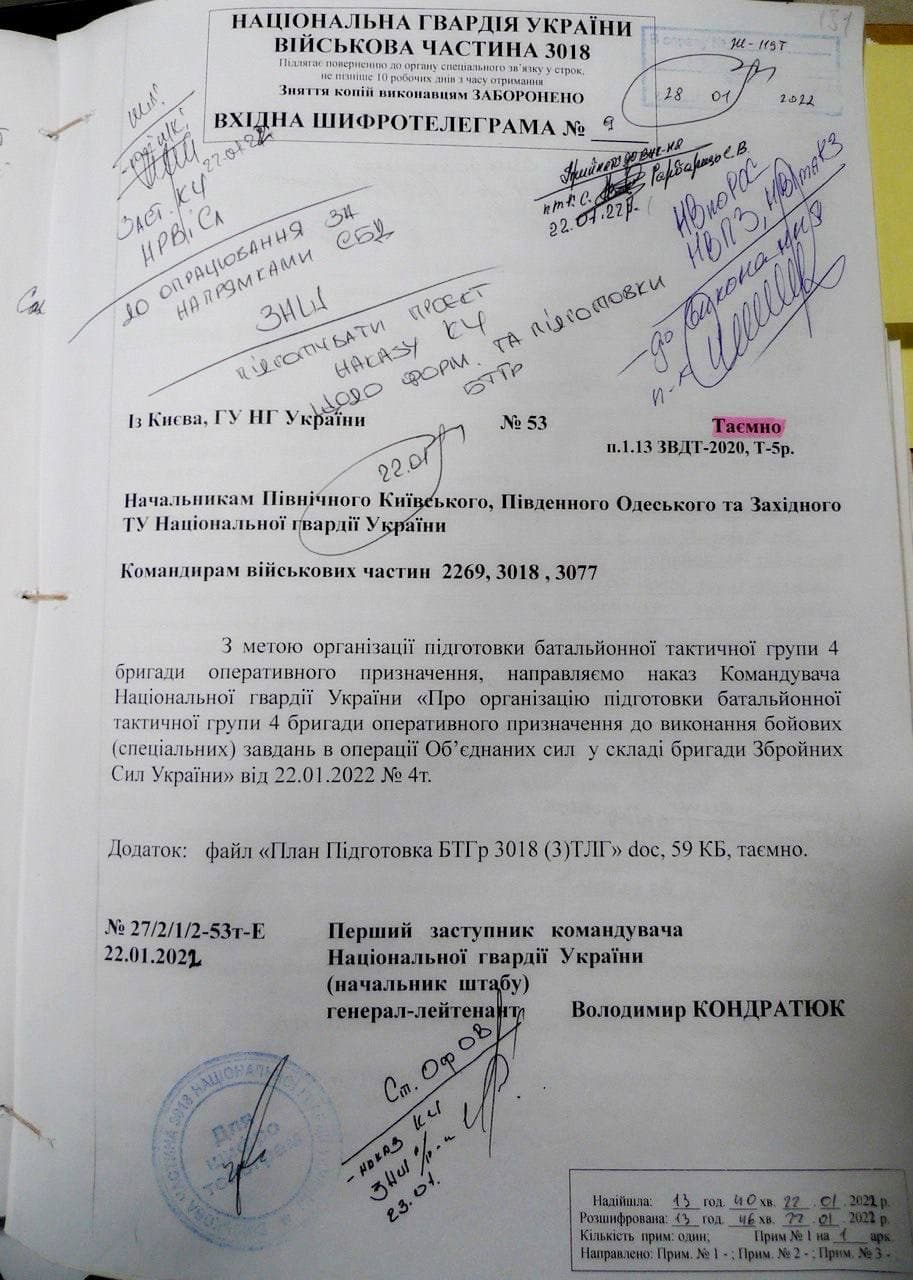 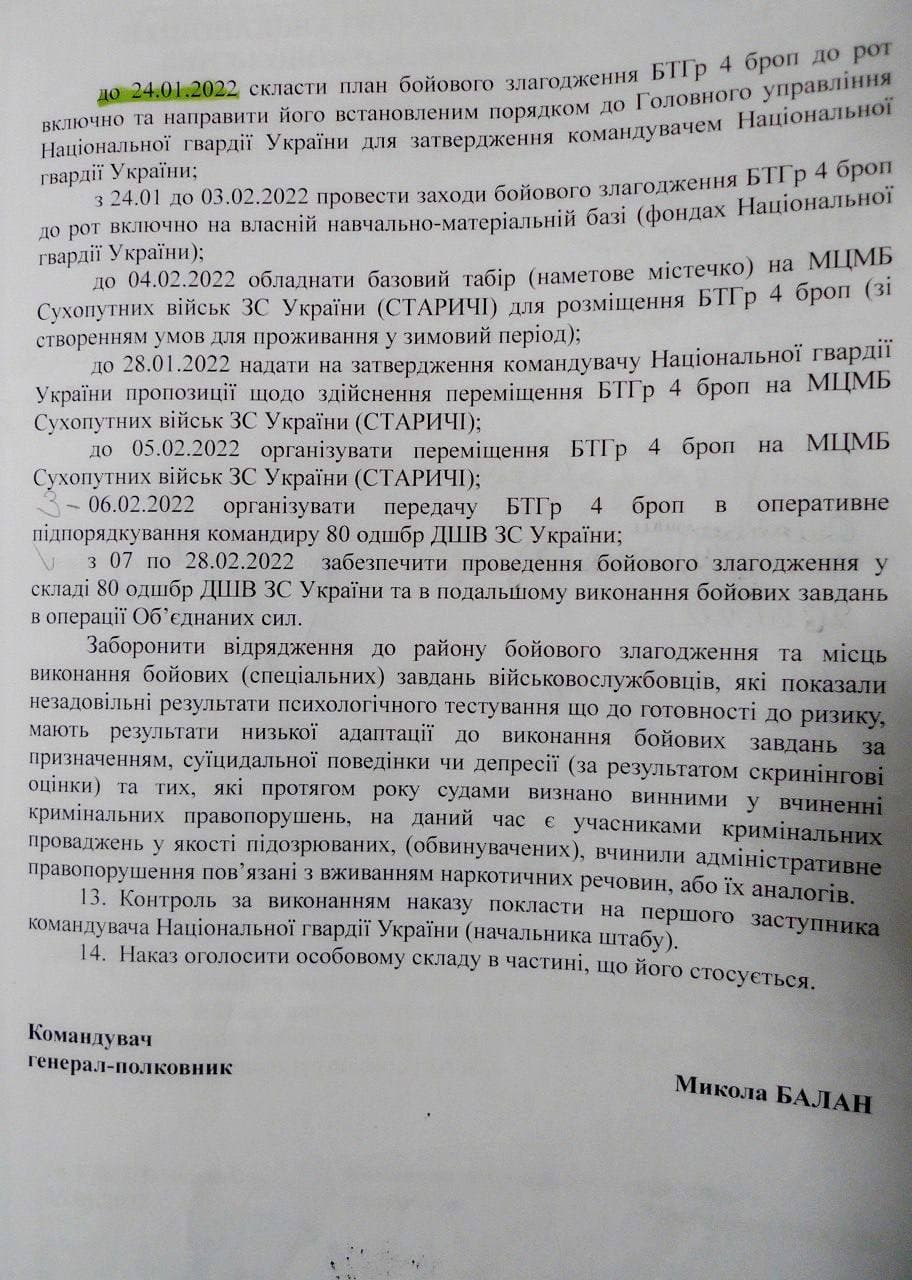 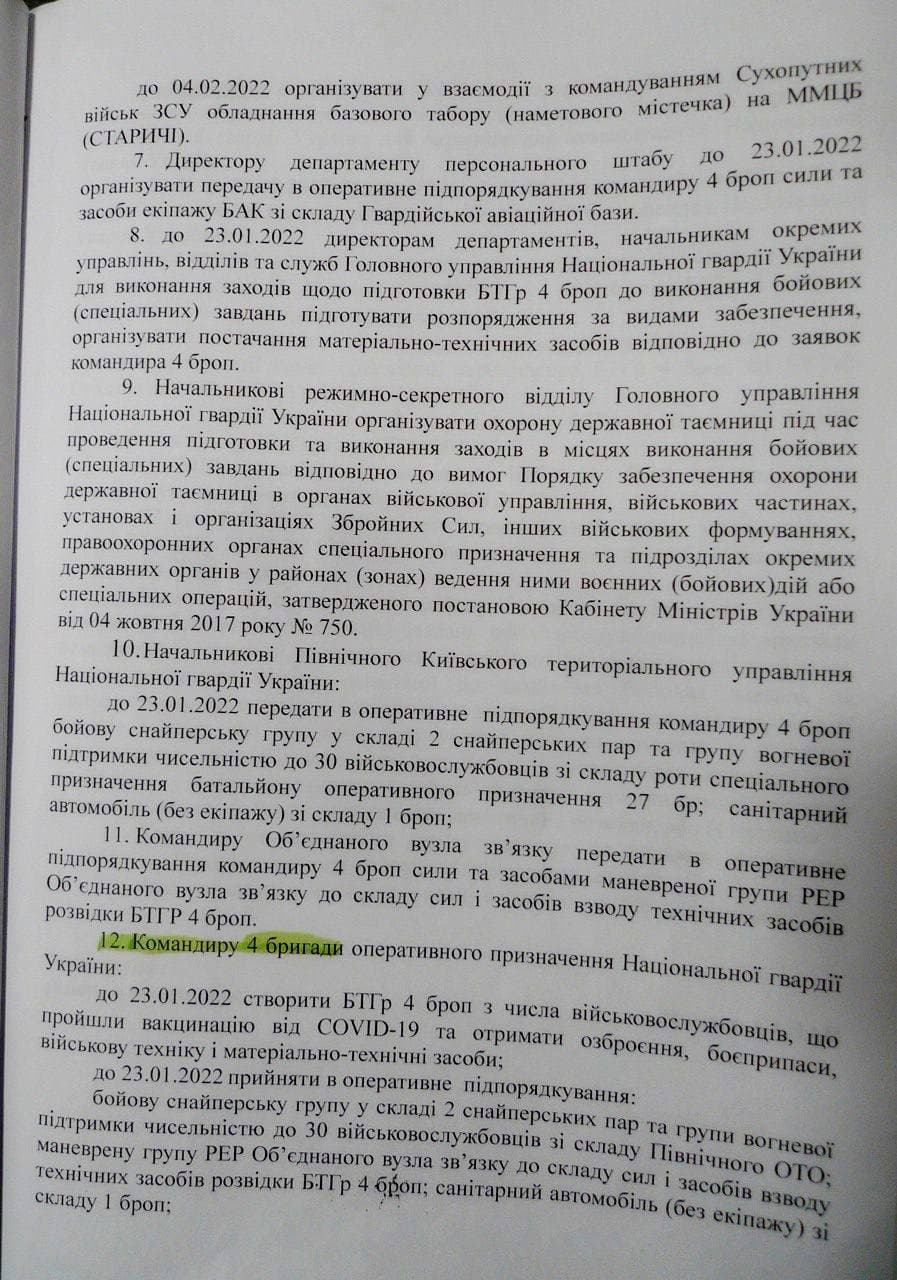 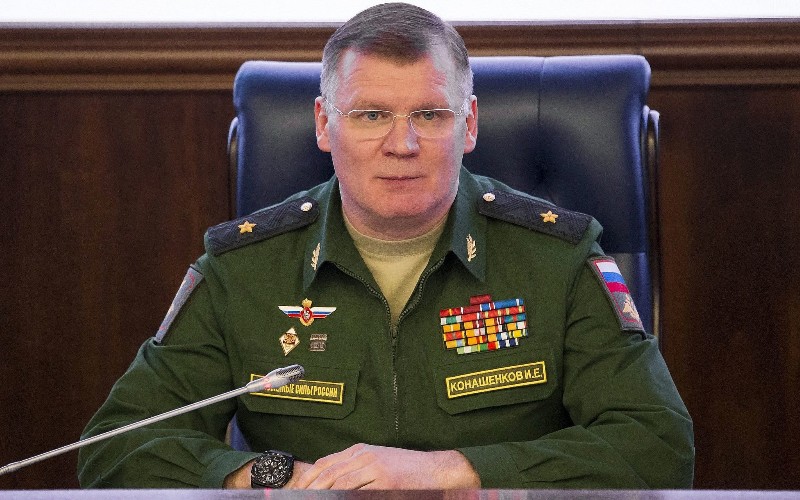