Russian troops could soon wrest the remainder of the Donbass region from Ukraine’s forces, Germany’s foreign intelligence agency, the BND, has warned, according to a report by Der Spiegel magazine.

The Berlin-based outlet cited recent classified BND briefings as saying that the agency “fears that Ukrainian resistance could even be broken in the next four to five weeks.”

“BND analysts have noted that while the Russians are moving much more slowly than they did at the beginning of the war, they are able to conquer small bits of territory each day,” Der Spiegel says.

The BND thinks it possible that Putin’s troops could bring all of the Donbas under their control by August.

The report further said that it makes “a huge difference” to the situation on the battlefield when heavier German weapons are delivered.

The Russian forces have been steadily making gains in the Donbass, closing on the town of Severodonetsk and pushing Ukrainian troops westward.

Speaking ahead of a meeting with German Defense Minister Christine Lambrecht on Friday, Ruslan Stefanchuk, the chairman of Ukraine’s parliament, said the “supply of the most modern equipment to Ukraine” and speedy decision-making on the matter will bring “common victory” over Russia closer.

Moscow has repeatedly warned the West against “pumping up” Ukraine with weapons, arguing that it will only prolong the conflict.

Russia attacked the neighboring state in late February, following Ukraine’s failure to implement the terms of the Minsk agreements, first signed in 2014, and Moscow’s eventual recognition of the Donbass republics of Donetsk and Lugansk. The German- and French-brokered protocols were designed to give the breakaway regions special status within the Ukrainian state. 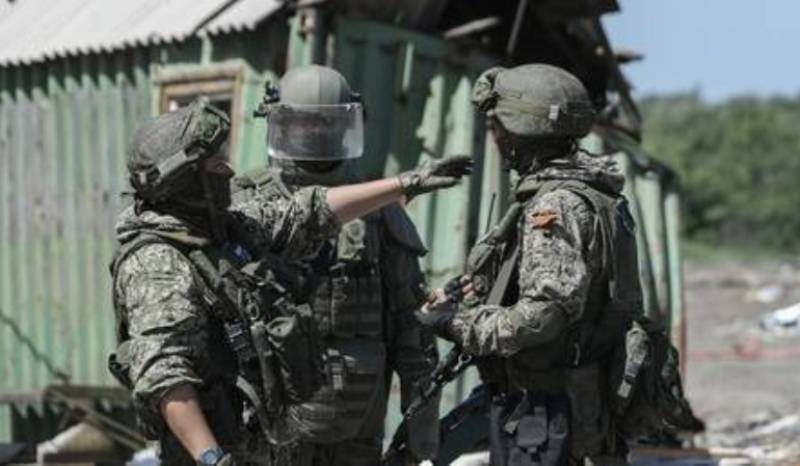