The teenage gunman killed 19 students and two adults, according to officials.

At least 19 students and two adults, including a teacher, were shot and killed at an elementary school in Uvalde, Texas on Tuesday, according to state officials. The suspect, an 18-year-old male, also reportedly shot his own grandmother before the school slaying.

Governor Greg Abbott commented on the shooting earlier in the day, identifying the assailant as Salvador Ramos, who he said “killed horrifically and incomprehensibly.”

Estrada noted that the gunman was also killed in the shooting.

“I can confirm right now that we have several injuries, adults and students, and we do have some deaths. The suspect is deceased at this point,” Arredondo said, adding that the shooter appears to have acted alone.

Little is currently known about the shooter or his relationship with the school. Uvalde and state police, as well as FBI and ATF agents, are investigating the scene. 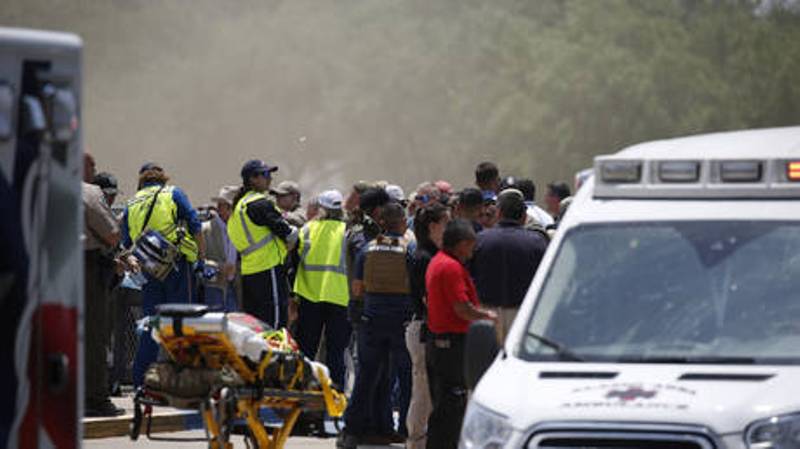