Plan for US Troops in Europe Revealed

Plan for US Troops in Europe Revealed

New bases and additional numbers are also possible in a show of force against Russia, CNN reports.

The US plans to keep 100,000 troops in Eastern Europe for the foreseeable future, potentially even increasing the number if it perceives a threat from Russia to NATO or its two new prospective members, Sweden and Finland, several officials told CNN on Friday.

If NATO carries out more military exercises in the area or the “security environment” changes, the US could bring in more troops or even build more military bases in the region, the officials said. The plans are reportedly under consideration following a Thursday meeting of NATO military heads in Brussels, and they will be presented to a meeting of the its defense ministers next month. Leaders of the bloc will then meet in Madrid at the end of June.

While Sweden and Finland have applied to join NATO, the US has not chosen to commit further troops for their defense, though any movement of weapons by Russia – which has promised to respond to both countries’ accession to the organization – may result in further deployments. However, some NATO countries have agreed to provide support outside the official structure of the bloc while their applications are processed.

The US upped its troop numbers in Europe to 100,000 in March, the first time it had stationed that many on the continent since 2005. The United States European Command, EUCOM, specifically blamed “Russian aggression” for the increased deployment. The majority of the troops are stationed in Poland and Germany, followed by Italy and the UK. The Baltic states have called for an even larger troop presence in the region as the conflict in Ukraine continues.

Prior to Russia’s military operation in Ukraine, the US had some 60,000 troops stationed in Europe. While there are officially no US troops in Ukraine, Washington has sent billions of dollars in military aid to Kiev.

Russia attacked its neighboring state in late February, following Ukraine’s failure to implement the terms of the Minsk agreements, first signed in 2014, and Moscow’s eventual recognition of the Donbass republics of Donetsk and Lugansk. The German- and French-brokered protocol was designed to give the breakaway regions special status within the Ukrainian state. 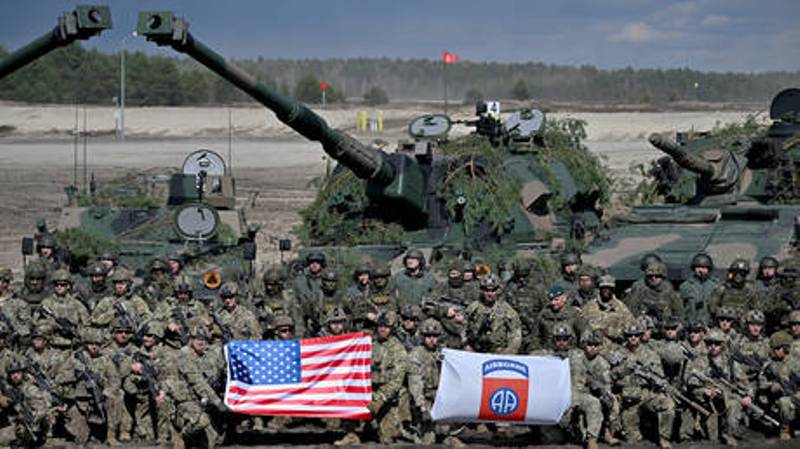 PrevPreviousToday’s Pandemic Response Is Eerily Similar to the Smallpox Pandemic Response
NextThe US Is Using Ukraine To Ramp Up Taiwan Tensions, but China Is Unlikely To Fall Into Washington’s TrapNext